A few days ago, Steve Shapiro, a screen writer who has worked with some of the biggest names in the film industry, was stranded in our little fishing port of Wick when his yacht developed engine trouble. Shapiro, along with his friend, Robert Wiese, a retired lieutenant colonel, had been planning to sail  from Norway, through the Caledonian canal, to England, and then on to the Canary Islands before heading back to Maine in the US where he lives.
Shapiro kindly agreed to give a talk to our little writer’s circle. He has worked with many of the big names and socialises with them, yet he is totally approachable and very easy to talk to. He gave us some good advise as to how  to get on in the writing industry. Often it’s very much a ‘who you know’ situation. Seems that works wherever you live. 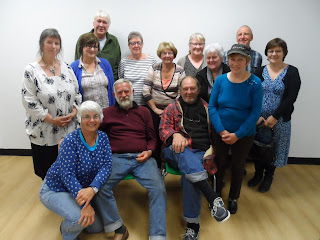 It was a rare privilege to meet with them both. Happily for us, but perhaps not so much for them, the repairs to the boat is going to take longer than expected. We no doubt will be socialising some more and hearing many more stories of Hollywood. We will do our best to make their stay in our small grey town a pleasant one.

Another piece of news is that one of our members, Morag Oag, or as she wants to be known in her writing career, Morag MacRae, has published a book of short stories.
Good luck Morag. 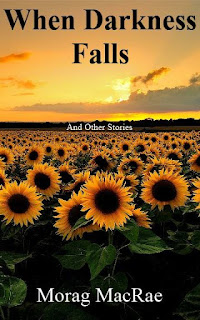 Morag has been featured in an irish radio program, has won  several awards for her children's stories and for her flash fiction at the Association of Scottish Writers AGM.
We wish Morag every success in her future writing career.
Posted by Catherine McCaughey-Byrne at 02:22